Obamacare is health-care reform legislation aimed at making health insurance more affordable and accessible for Americans. Health insurance is a sensitive subject and while many U.S. states are cribbing over health insurer shortages and rate hikes for individual coverage, Obamacare is subtly working in the lives of California residents. President Obama has urged people to look at California which is a shining example of how the Affordable Care Act should work.

Medicaid expansion which was rolled back under the House Republicans Bill is now being revised in the senate. Half of the uninsured in California are undocumented immigrants who are not eligible for ACA coverage. President Obama heralded California’s implementation of his signature Obamacare which is seen as a legislative accomplishment in the insurance marketplace offering lower rates than anyone expected.  Similar results have also been seen in Washington, Vermont, and Oregon. The president has covered California Obamacare by providing universal coverage to the residents by keeping premiums at low levels in a competitive market.

About 2.6 million Californians who earn less than 400 percent of the federal poverty level will receive tax credits to help them pay for insurance. Those earning 133 percent of the federal poverty level will become eligible for California’s Medicaid program. California has the most uninsured residents in the nation and if Obamacare works there, it could work in any state. Other U.S. states are finding it hard keeping insurers in their markets to bring policy prices down. California doesn’t face insurer shortages and in fact, the state discourages new insurers because of inadequate networks and high prices.

With Obamacare, the Americans can look forward to having more benefits and protections in their existing insurance and those who are buying Obamacare will benefit from competition and government tax credits. President Obama has emphasized: ‘Quality care shouldn’t be a privilege. It should be a right.’ Studies have shown that the states expanding Medicaid to people with a low income had lower premiums. This happened because individuals with lower income had higher rates of illness which resulted in higher medical spending; therefore they were taken out of the exchange risk pool and shifted to Medicaid.

President Obama pointed out that the cost of healthcare is growing at a much slower rate over the past three years. With Obamacare, individuals can expect substantial benefits over some time and small businesses that provide health insurance to their employees can get a better deal through these exchanges. Obamacare is a huge step toward a simpler and more straightforward system offering standardized plans to allow consumers and small businesses to compare different health plans and choose the one which is best suited for them.

Obamacare is a revolutionary change as premiums will now be based on what you can afford rather than how sick you are. It provides a framework and funding but it’s up to the state government to make it work. To make Obamacare work, state policymakers will have to make adjustments as they implement and approve it. If you don’t have health coverage and are not eligible for an exemption, you could face a tax penalty under Obamacare unless you enroll in a health plan.

Under Obamacare health plan residents are eligible for subsidies, which help with certain health-care costs depending on household size and income. In California, as in the rest of the country, your modified adjusted gross income and household size are used to determine your eligibility. For many years California has committed massive resources to make Obamacare work. It was the first state to commit to building a state-based insurance marketplace and it was also the first state to expand Medicaid, spending its own money to launch the program in November 2010. 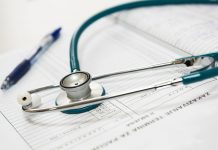 Benefits Of Health Insurance For Women

Tips To Get Rid of Erectile Dysfunction

How is Kratom Helpful in Quitting Opiates?

Buying Kratom As A Beginner – All You Know the Basic Information

Debran Bano - January 10, 2020
0
Get the latest Health News: breaking health and medical news from the UK and around the world, with in-depth features on well-being and lifestyle.
Contact us: seo.mehra@gmail.com