It can be a frightening experience for many of them seeing a person suffering from epilepsy and getting subjected to recurring seizure attacks. Though most of the times these seizures die down slowly without any external effect and causing any such permanent harm to the patient, sometimes it can be fatal too!

If you are present near the person who suffers seizure attacks, there is not much that you can do to stop it; they stop on their own! Of course medications like the cbd oil for seizures, sedatives, anticonvulsants, etc. can help in controlling the symptoms but there can be some emergency helps that you can provide them with, to prevent severe damages as a result of the recurrent seizure attacks.

And we will discuss more on this topic below. Read on

Before you try to help someone facing a seizure attack, know something about how a person behaves in such cases…

When a person suffers such attacks, they become unresponsive of the surroundings. They might not react to your calls or hand gestures. They can also collapse suddenly with clenched muscles and a rigid body.  This is called the “tonic phase’ and it may last just a few seconds before the person moves to the next phase which is the “clonic phase”.

In this phase, the person faces bodily convulsions with periodic jerking movements and it can last a few seconds or a few minutes depending upon the severity of the patients. After that, the person may eventually get back to his or her consciousness when the jerking stops and can remain confused for a while.

So, what to do in such phases of seizure attacks?

Whenever you use any person being prone to the above-mentioned conditions, the first thing that you must do is make room for the patient and clear the surroundings. Remove sharp or hard objects from the patients.

And NEVER try to hold them or make efforts to stop the jerking movements, instead place them on their sides so that the breathing is done clearly. Notice the time period of the seizure for further help and don’t put anything on the mouth of the sufferer.

Although these attacks are not harmful in general but being in a state of unconsciousness, a person might harm himself and thus, you must take them away from any such harmful surroundings that can prove to be of danger to them. Report to the doctor when you see someone suffering from such seizures to aid them with further medicinal assistances by the health experts.

It is quite a plight for people who suffer from epilepsy or see someone near to them suffering from the diseases. Though this disease has no such harmful effects on people generally but when they are subjected to recurring seizure attacks, the harms can intensify and take some more severe form. When you are small and increase steps to lessen the harm during such seizure attacks, you can actually help the sufferers from a severe form of its effects on their health. 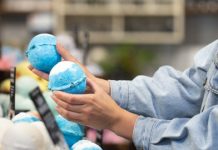 Review Article Uncovers Clues to the Causes of Drowning Deaths

How Depression Impacts the Immune System

The Benefits of Eating Yoghurt Made Of Coconut

Aarav Kashyap - December 11, 2018
0
Get the latest Health News: breaking health and medical news from the UK and around the world, with in-depth features on well-being and lifestyle.
Contact us: seo.mehra@gmail.com