Yoga is a vintage practice that has been treating humans by aligning their mind and body together. As you know, the practice of yoga involves pranayama, asana, meditation, etc. All these exercises are incorporated in sync to yield recovering results for an individual. For the same reason, it is often said that practicing yoga aids mental as well as physical benefits.

The transformation stories of young, adults and even senior citizens have inspired millions across the globe. Since then, people are motivated to study and practice yoga. For traditional and authentic yoga learning people often choose yoga course or yoga certification in Nepal.

Let us now discuss the top 4 health benefits of yoga that have been inspiring the population to opt for yoga certification courses.

Cardiac diseases such as heart attack, high blood pressure, blockage in the heart vessels, etc. may become the cause of some serious health issue. Practicing yoga, on the other hand, increases your heartbeat. This increased heartbeat allows your heart to pump maximum blood in your body which eventually improves your heart health. It must be taken into account that a healthy heart lessens the risk of cardiac diseases.

A study was conducted by the National Institute of Health which had 113 patients with heart diseases. The results of the study showed that after a year of yoga training in a combination with dietary modifications, the low-density lipoprotein (LDL) cholesterol was reduced. Moreover, almost 50% of the results showed that the progression of heart disease stopped.

With stress and anxiety reaching an all time high in the present day world, getting good sleep has indeed become a major issue. In serious cases, it may lead to a sleeping disorder such as insomnia. It may surprise you but poor sleep acts as the onset of other health issues such as depression, high blood pressure, obesity, etc. Regular practice of yoga helps you keep the mind calm and reduces the levels of stress and anxiety.

In the year 2005, a study was conducted on a group of people suffering from lymphoma. It was observed that people practicing yoga experienced decreased sleep disturbances, had better sleep and also, cut down the need for sleep medication. During the study, it was concluded that yoga escalated the secretion of melatonin which is responsible for inducing sleep and wakefulness in the body.

In order to perform any task, you need physical strength, but what if your bones or muscles aren’t strong enough. Inability to perform physical tasks proves that your body needs strength which in future may lead to weakness or in severe cases osteoporosis. Whereas, there are yoga poses that help in boosting the strength and building muscles.

As per a study in the year, 2015 on a group of people proved that practicing yoga for 12 weeks improved their strength and endurance. It also helped them in building body muscles.

Pains that prevail in the body for more than 12 weeks are considered as chronic pains. Mostly chronic pains are caused due to possible injuries which may lead to rheumatoid arthritis or osteoarthritis. As per doctors, they can’t be cured but can only be controlled and this is where yoga comes into the picture. Yoga on a daily basis releases tension from the muscles and gives relief from chronic pain.

A study was organized in 2005 where people suffering from osteoarthritis of knees participated. It was found out that after 8 weeks of regular yoga helped them ease from pain and improved their bodily functions.

Since the top 4 health benefits of yoga have been shared with their case study, hopefully, help you motivate towards yoga. And, if you are already a practitioner you may enrol for yoga certification in Nepal. Though it isn’t necessary that you must be a yoga practitioner; you may enrol for the 200 hour yoga teacher training in Nepal which is specially designed for amateurs or new yogis. 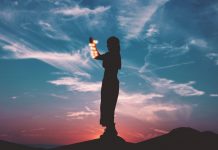 Why Go On a Spiritual Healing Retreat? 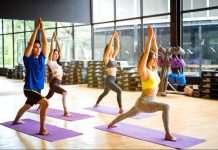 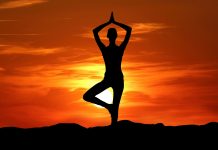 Is It Fine to See a Chiropractor When Pregnant?

Predicting Caries Risk at 30-months of Age in Medical Settings

3 HORMONES THAT MAKE YOU HEALTHIER

Dipali Roy - October 29, 2018
0
Get the latest Health News: breaking health and medical news from the UK and around the world, with in-depth features on well-being and lifestyle.
Contact us: seo.mehra@gmail.com