The bipolar disorder, also commonly known as manic-depression, is a disorder which presents itself as unexpected, quick shifts in mood, energy level, and physical activity.

The two levels of functioning for the bipolar disorder is mania, which is demonstrated as happiness and euphoria, and depressive lows, which are demonstrated by sadness, unhappiness, and a loss of pleasure in life. While all people intermittently experience highs and lows in the course of their lives at some time or another, the highs and lows experienced by the individual suffering from bipolar disorder are more severe, the highs are higher and the lows are lower. Further, in the bipolar disorder, the shifts from high to low or vice versa come seemingly without motivation or causation and may reverse immediately without provocation.

In the interpersonal relations of bipolar individuals with other people, they are very unpredictable in their moods and reactions. While for most people, the shifts in mood may be only temporary, but with the bipolar disorder, they are permanent and repeated in patterns from high to low generally without predictability. For some bipolar individuals, the alternative moods may occur daily, even hourly in extreme cases, but for others, the mood swings may be a few times a year with the resulting moods lasting for some time.

The mood swings may also have other behavioural results. For example, while in a high state, the individual may drink alcohol or use drugs, go on shopping sprees spending far beyond their means, gamble excessively, or demonstrate other behaviours in excess. On the other hand, in the depressive state, they may sleep a lot, avoid other people, withdraw from social contacts, and even cry or express self-destructive motives. The highs may result in insomnia, overeating binges, and unstable social relationships. Because of their instability and the excesses of their mood swings, bipolar individuals may have difficulty with educational pursuits or employment.

The normal character of the bipolar personality is called the “control” mood. Highs and lows are identified as “mood episodes,” which can range from high levels of excitement and activity or very low periods of depression, inactivity, and hopelessness. Occasionally, the mood highs and lows may be relatively simultaneous, which is called “mixed state.” The mixed state fen produces a confusing series of feelings and behaviours, the effect of the rapidly contrasted highs and lows, agitation and inability to sleep along with also desires to do nothing. This confusion of states may result in the thought of suicides to “get off the roller coaster.”

Warning signals for bipolar disorder may be found in important and unexpected changes in lifestyle, in energy levels or unexpectedly alternative energy levels between high and low, increases in sleep or decreases in sleep patterns, and unexpected shifts in behaviour. Sometimes, the bipolar behaviours are accompanied by delusions or hallucinations which may lead to a misdiagnosis of other disorders, such as schizophrenia. Often, the symptoms of bipolar disorder become apparent in the late teen years or in the early 20s, typically before the age of 25. However, other cases may arise in childhood or after the 20s.

The assessment by a professional psychologist can identify the presence and severity of bipolar disorder. Once diagnosed, psychological counselling can contribute to a reduction of the incidence of alternating episodes and of the disruptive behavioural effects of the depressive or manic states. The insight gained through psychological counselling also contributes to a better understanding on the part of the individual with bipolar disorder providing increased awareness, insight, and control. 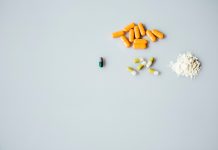 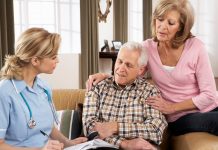 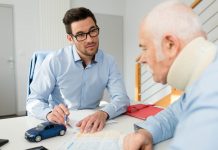 abbascey - March 6, 2019
0
It's not hard to locate a personal trainer; stroll into any local gym and you'll likely have loads of candidates. So why are consequently...

What’s the difference between an Orthodontist and a Dentist?

anukhan - January 11, 2019
0
Both dentists and orthodontists help their patients enhance their oral health. So taking care of the teeth and gums is common in these two...

How do Bollywood actors gain and lose weight so easily?

Olivia Wilson - February 26, 2019
0
If you're usually questioning how Bollywood actors manage to stay so fit and gain and lose weight on command, it's presumably because of their...

What You Should Know About Being A Registered Nurse?

Alina Susi - January 17, 2019
0
While being a registered nurse may seem like one of today’s most lucrative professions, there are certain things that you should know about being...

6 Easy Steps to Lose 10 Pounds in A Week 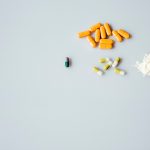 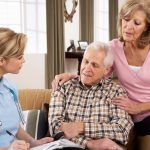 Aarav Kashyap - January 22, 2020
0
According to the World Health Organization, dementia is a syndrome that deteriorates someone's memories and makes them incapable of performing even the most trivial...

Phoebe Lambert - January 22, 2020
0
You are entitled to claim compensation when you face an injury caused by someone else. Such personal injury cases include slip and fall, road...